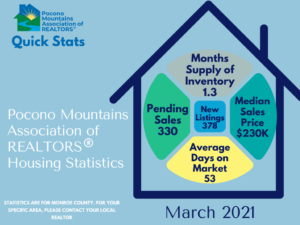 WASHINGTON (November 30, 2020) – Pending home sales fell slightly in October, according to the National Association of Realtors. Contract activity was mixed among the four major U.S. regions, with the only positive month-over-month growth happening in the South, although each region achieved year-over-year gains in pending home sales transactions.

The Pending Home Sales Index (PHSI),* www.nar.realtor/pending-home-sales, a forward-looking indicator of home sales based on contract signings, fell 1.1% to 128.9 in October, the second straight month of decline. Year-over-year, contract signings rose 20.2%. An index of 100 is equal to the level of contract activity in 2001.

“Pending home transactions saw a small drop off from the prior month but still easily outperformed last year’s numbers for October,” said Lawrence Yun, NAR’s chief economist. “The housing market is still hot, but we may be starting to see rising home prices hurting affordability.”

Both the inventory of homes for sale and mortgage rates are now at historic lows, according to Yun.

“The combination of these factors – scarce housing and low rates – plus very strong demand has pushed home prices to levels that are making it difficult to save for a down payment, particularly among first-time buyers, who don’t have the luxury of using housing equity from a sale to use as a down payment,” said Yun. “Work-from-home flexibility has also increased the demand for both primary and secondary homes.”

The National Association of Realtors® is America’s largest trade association, representing more than 1.4 million members involved in all aspects of the residential and commercial real estate industries.

*The Pending Home Sales Index is a leading indicator for the housing sector, based on pending sales of existing homes. A sale is listed as pending when the contract has been signed but the transaction has not closed, though the sale usually is finalized within one or two months of signing.

An index of 100 is equal to the average level of contract activity during 2001, which was the first year to be examined. By coincidence, the volume of existing-home sales in 2001 fell within the range of 5.0 to 5.5 million, which is considered normal for the current U.S. population.

NOTE: Existing-Home Sales for November will be reported December 22. The next Pending Home Sales Index will be December 30; all release times are 10:00 a.m. ET.